The Lost Tomb 2: Explore With the Note

This drama is adaption of Kennedy Xu’s novel series”Grave Robbers’ Chronicles”. 50 years ago, a group of Changsha grave robbers dug out manuscripts of the location of treasures from Warring states, but an encounter with an undead rendered almost the whole group dead. In the present, the young grandchild of the sole survivor, Wu Xie, discovers a secret within his grandfather’s notes. Together with his third uncle, Wu Sansheng, and a few other experienced tomb robbers, to search for the treasure. But what no one expected to find the intriguing mysteries that accompanied their tomb robbing adventure – just who was the owner of that tomb? Will they be able to find the real coffin? And just where will these puzzle lead the group? 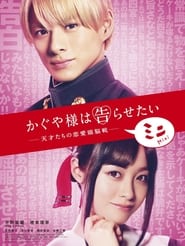